Integrated pest management can be defined as the practice of preventing or suppressing damaging populations of insect pests by application of the comprehensive and coordinated integration of multiple control tactics. Tactics are the various control methodologies, e.g., chemical, biological, cultural. Strategies are the planned manipulations undertaken to optimize the dynamic integration of control methodologies in the context of their economic, environmental and social consequences. The philosophy is holistic, but deeply rooted in applied ecology.

The roots of IPM can be traced to the late 1880s when "ecology" was identified as the foundation of scientific plant protection. The advent of modern synthetic insecticides in the mid 1940s resulted in a shift of focus to pesticide technology. Over the next 30 years, recognition of the limitations, and often detrimental consequences of over reliance on insecticides, led to the formulation of the concepts of IPM. In 1972, President Nixon formally committed the U.S. government to the development and promotion of IPM. In reality, pesticide-based pest control still predominates U.S. agriculture. However, biologically intensive control technologies are increasingly displacing agrochemically intensive technologies. 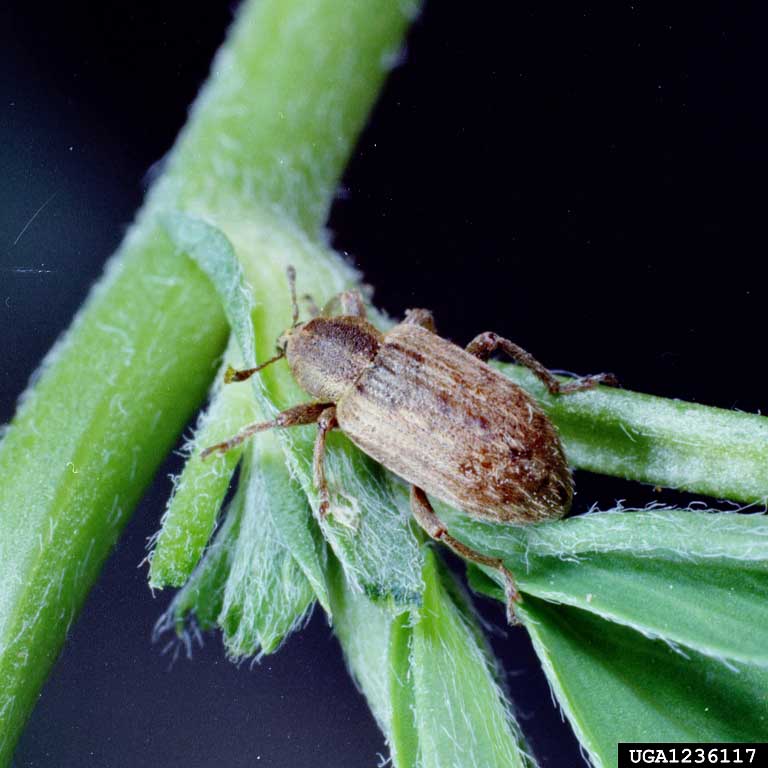 On three occasions, this destructive pest of alfalfa was accidentally introduced in North America. Alfalfa weevil has been the target of classical biological control efforts since its discovery in North America more than 90 years ago. These efforts have resulted in the establishment of at least 9 exotic parasitiods and egg predators. This once devastating pest is now largely controlled in the eastern U.S. by these natural enemies. See Alfalfa IPM to learn more about this impact.